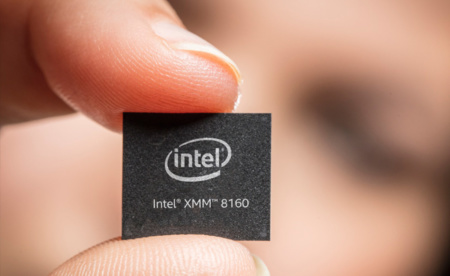 July 25, it was announced that Apple is buying for $ 1 billion most of Intel's business related to the release of modems for smartphones. Yesterday, Intel announced the completion of the transaction.

In a short press release from Intel that the deal was finally closed, once again confirming what was said at the time of the announcement of the agreement, the company will now focus on developing 5G technologies. Under the terms of the transaction, Intel reserved the right to develop modems for other applications, with the exception of smartphones, such as PCs, self-driving vehicles, and IoT devices. That's just the recent partnership with MediaTek (it will supply 5G embedded modems for future Wintel laptops) a little at odds with this statement.

Recall, Intel was forced to leave the game and sell its modem business after resolving mutual disputes and claims between Apple and Qualcomm. Last week, Intel complained to Qualcomm in court, which is currently considering the appeal of the latter in the antitrust lawsuit of the US regulator. Intel claims that Qualcomm dishonestly ousted it from the market of cellular modems for smartphones, which resulted in the company "multibillion losses."

Why is iPhone SE 2 logical to call it that?