RIAA report for 2019: revenue from music sales reached $ 11.1 billion, of which almost 80% accounted for streaming services 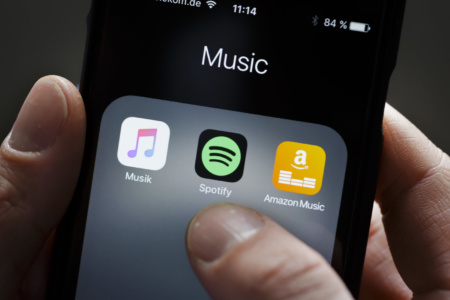 As in previous years, the lion's share of the music industry’s revenue comes from streaming services. Recall that in 2015, streaming music for the first time surpassed the rest in sales and since then its share in the total revenue structure has been growing steadily. In 2019, streaming services accounted for 79% of total revenue, which in monetary terms corresponds to $ 8.8 billion. For comparison, a year earlier it was $ 7.4 billion, or 75% of the total market.

At the same time, revenue from paid subscriptions to streaming music services on demand increased by 25% compared to 2019. Given the popularity of Spotify, Apple Music, YouTube Music and Google Play Music, there is nothing surprising in this indicator, but the result is still impressive. Users are increasingly willing to buy paid subscriptions.

According to RIAA CEO and Chairman Mitch Glazer, “streaming services add an average of more than 1 million new paid subscribers per month, and the total number of paid subscribers in the US has already exceeded 60 million.” This jump in paid subscriptions ensured an increase in the revenue of the streaming segment by an impressive 93% in 2019, which is equivalent to approximately $ 1.4 billion in monetary terms.

And while streaming is growing, all other segments, except for vinyl records, are falling. Sales of digital music albums in iTunes and similar stores fell by 18%, while revenue from sales of music on physical media fell by only 0.4%. At the same time, vinyl records, which overtook digital music albums in sales last year, showed a 19% increase. By the way, the vinyl vinyl category has been showing steady growth for 14 consecutive years, but vinyl accounts for a modest 4.5% of revenue.

A Tale of Two Charts: "Vinyl is Back"